The Arnold Companies, through all its incarnations, has always been a family business. Its story spans four generations and begins in 1904 with Francis Dingman. Dingman owned two businesses in Kimball, Minnesota. One was a hardware store that also sold farm equipment for the International Harvester Company. The other was a mortuary.

Dingman’s nephews – Eugene, Cyril and Philip Arnold – were all trained funeral directors. When the three brothers returned from service following World War II, they joined their uncle’s business. But eventually the business proved too small to support four growing families and they parted ways. The Dingman family continued in the mortuary business, evolving to become Williams Dingman Family Funeral Homes, which is still going strong today. The Arnold brothers all stayed in the farm implement business, opening independent locations in Kimball, St. Cloud and Janesville. Their sons and grandsons followed them into the business.

The equipment that fills the Arnold lots are high-tech machines that help farmers achieve crop yields the original Arnold brothers could only have dreamed of. While it’s still a Case IH (International Harvester) dealer, it’s added other brands like CLAAS and Kubota to its offerings, and expanded its customer base to include the light construction and consumer markets.

But much remains the same. Arnold’s is still very much a family business. It’s currently owned by John Arnold and Peter Arnold. Patrick Arnold, Sean Arnold and Philip Arnold represent the third Arnold generation in the business.

“It’s a family legacy and it’s something I’ve always wanted to do,” Patrick Arnold said. “I’m very lucky to have this opportunity.”

Patrick Arnold is an assistant sales director at Arnold’s of Mankato. He works hand in hand with sales director Brent Mueller. Both share a passion for the ag equipment industry.

“My passion is agriculture. I like supporting farmers. I like the industry. I like the fact that every day is different,” Mueller said. “We view these farmers as business partners. Because if they are not successful, we don’t exist. So our job is to partner with them and make them more successful. The reward, hopefully, is that we’ll be successful, too.”

One of the agriculture trends that impacts Arnold’s business is the ongoing consolidation of farms. The USDA surveyed producers who sold more than $1,000 worth of goods in 2017. It included farms of all sizes and types. The results show the number of Minnesota farms is dwindling, with an estimated 68,822 in 2017, a 15 percent decrease from 80,992 farms in 2007.

At the same time, the average size of farms is on the rise. The same survey revealed a 10 percent increase in farm size over the previous decade.

“It’s all about economies of scale,” Mueller said. “In order to keep pace, farmers almost have to get bigger from an equipment and footprint standpoint because the input costs, whether it’s the price of land, seed or fuel, continue to rise. The only way to mitigate that is to try to get more efficient.”

Arnold’s own consolidation mirrors those trends. By pooling the resources and experience of its seven locations into one corporate entity, it serves its customers better while remaining easily accessible throughout Minnesota’s GreenSeam.

“We’re a locally owned, family business,” Mueller said. “We’re large, so we are able to use economies of scale to service the whole spectrum from consumer products all the way through to the very large ag producers. We’re also able to be nimble and reach fast decisions with just a quick phone call to ownership. I think that sets us apart.”

Of course, fewer farms translate to fewer equipment sales for Arnold’s. Fortunately, it also means a growing demand for larger, more complex systems that are designed to increase productivity and efficiency. To provide some perspective, Mueller says it would require 10 combines from the ‘70s to equal the capacity of just one of today’s combines. They may be expensive (most start at $500,000), but they’re a must for large farm operations.

“We’re feeding more people with less and less. A lot of that is technology driven,” Mueller said. “The vast majority of farmers are utilizing some form of precision agriculture. You can plant 90 feet of corn at a time going 10 mph at an accurate depth of plus or minus ¼ inch and put three different forms of fertilizer on at the same time. That was unheard of even 10 years ago. Backpedal to the ‘90s, when you were only covering 30 feet at 3 mph and typically all you were doing was planting seed. So yes, we’re getting more efficient.”

With Minnesota’s short planting and harvest windows, efficiency is essential. That’s where Arnold’s comes in. It specializes in high-tech equipment that can perform multiple functions fast. Precision farming has also become a critical component in farm efficiency over the last decade. It’s a strategic approach to farming that optimizes planting, harvesting and soil management to improve crop performance.

“They take a prescription map and they load it for the farmer. And then the machine does it all on its own based on GPS. If I’m planting corn, over the hills we’ll plant less seeds, but in the valleys we’ll plant more. It can also vary the rate of the fertilizer,” Mueller said.

The key ingredient in precision farming is data collection and management, a common feature in modern agricultural equipment. Arnold’s has seven precision farming specialists on staff. They partner with customers and agronomists to develop a customized plan that fits each farm’s unique requirements.

“Farmers are asked to do a lot on the technology side. They track a ton of data,” Patrick Arnold said. “It’s not just yields. They’re tracking how much fertilizer they’re using, soil moisture and other data. They have to be able to understand and interpret all that data to help them grow a good crop every year. Their data management skills and technology skills are very impressive.”

At harvest time, precision farming methods allow the farmer to gather precise yield data, which will be used the following season to customize their planting prescription.

“It will calculate yield per square all the way down the field. They take that, analyze it and then the next spring they can tweak their plan,” Mueller said. “All of this is stored in the Cloud, and it’s accessible by the farmer.”

Once its customers are in the field, Arnold’s concentrates on keeping them there. Its parts and service team keeps equipment well maintained and running smoothly. If problems arise, service personnel are available when farmers need them. Each location also maintains a large parts inventory, with several million dollars’ worth of parts in its Mankato location alone. This helps reduce wait time when equipment is being serviced and gets customers up and running quickly.

“We provide premium support,” Mueller said. “Whether that’s maintaining millions of dollars of parts or having enough technicians to support our customers at critical times and attempt to keep our people from burning out. We have 50 employees in Mankato alone.”

Arnold’s philosophy has kept it growing for more than a century; Mueller said plans for a future expansion are in the works.

“We’re committed to remaining a family business,” Patrick Arnold said. “We love the industry we’re in and we’re not going anywhere.” 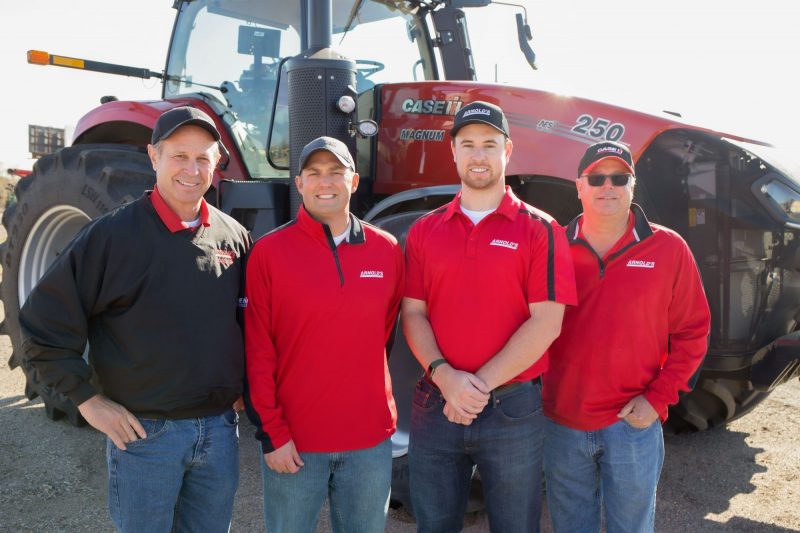 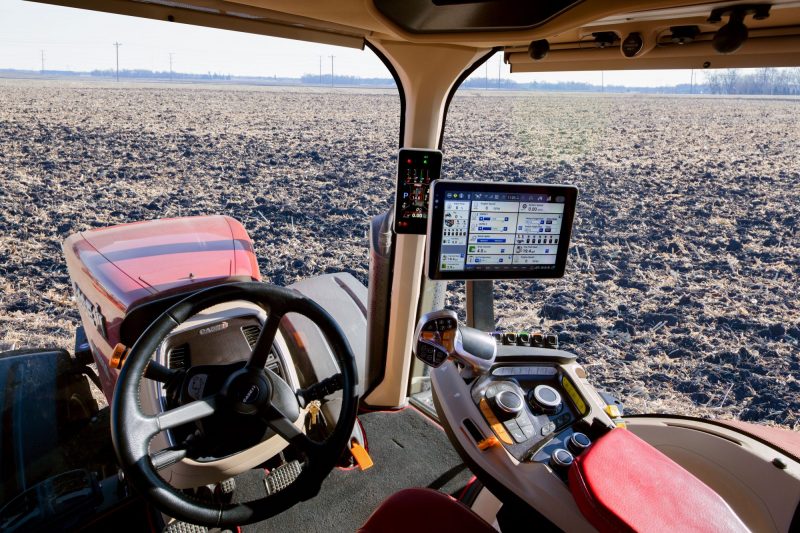