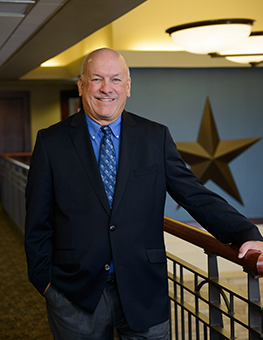 During the 2016 Presidential Election, and even more so since the beginning of 2017, trade agreements between the United States and other countries have come under scrutiny. In late January, new U.S. President Donald Trump signed an executive order to end U.S. participation in the Trans Pacific Partnership (TPP) trade agreement. President Trump has also indicated a desire to renegotiate the North American Free Trade Agreement (NAFTA), which governs foreign trade with Mexico and Canada. NAFTA and other U.S. trade agreements are very important for the export of many agricultural products, and ultimately to farm profitability.

The TPP trade agreement was reached in 2015, involving twelve countries in North and South America and Asia, including the United States, Mexico, Japan, Vietnam, and Chile. The TPP agreement would have reduced tariffs on the export of U.S. products going to participating nations. Many of the Asian nations have been growing export markets for some U.S. agricultural products in recent years. However, the TPP agreement would have also reduced tariffs and duties on goods coming into the U.S. from other countries, which may compete with similar goods already being produced in the U.S.

Concerns with TPP have been raised by many groups and political leaders, including some agriculture organizations, related to monetary policies, labor laws, and the lack of environmental regulations in some of the participating countries. Even if President Trump had not signed the executive order for the U.S. to withdraw from TPP, there were no guarantees that the TPP agreement would have passed Congress. Several Congressional leaders, and other major 2016 Presidential candidates, have also expressed reservations about the TPP trade agreement in the past.

The NAFTA trade agreement with Mexico and Canada, which has been in place for 21 years, has been criticized quite extensively by the new Administration. The NAFTA agreement allows many goods and services to be traded back and forth between the participating countries without significant tariffs. President Trump and others have indicated the desire to renegotiate the NAFTA trade agreement. U.S. agriculture exports have grown from $9 billion per year to approximately $39 billion in the past two decades, since the NAFTA agreement was enacted. The U.S. currently has a market-share of about 65 percent for ag products purchased by Canada and Mexico.

In 2015, the U.S. sent $18 billion in ag products to Mexico, led by corn ($2.3 billion), soybeans, dairy products, pork and pork products, and beef (all between $1.1 to $1.4 billion). The U.S. imports of ag products from Mexico totaled about $21 billion in 2015, including fresh vegetables ($4.8 billion), fresh fruit ($4.3 billion), as well as wine and beer, snack foods, and processed fruits and vegetables. Mexico is the third largest U.S. trade partner, trailing only China and Canada. U.S. pork exports for 2016 were estimated at 5.2 billion pounds, with Mexico accounting for 31 percent of the U.S. pork exports.

Trade relations with China are also of high importance to the agriculture industry, with China being the largest market for U.S. agricultural products. Based on USDA data, U.S. exports to China peaked at $26 billion in 2012, and have declined slightly since then, primarily due to changes in the value of the U.S. dollar relative to China currency. In addition, China’s rapidly growing economy has slowed a bit in recent years. China is major buyer of U.S. soybeans, coarse grains, and feed products to support China’s growing livestock industry. In recent years, there has also been growing demand in China for U.S. dairy products, pork, and other food products.

Much of the recent discussion in the media and by political leaders has been focused on how the U.S. is losing on trade agreements with other countries. While that may be true in some industries, it is not necessarily true in many segments of the agriculture industry. Based on the latest U.S. trade data, the U.S. is expected to export $129.7 billion in agricultural goods in fiscal year 2016, and import $113.1 billion, resulting in a $16.6 trade surplus. The U.S. ag trade surplus was over $40 billion as recently as 2013. Despite slow growth in overall U.S. trade, the export levels of many agricultural products are expected to increase in the coming year, including exports of corn, soybeans, and wheat.

In addition to the large growth in grain exports in the past twenty years, there has also been significant growth in the export levels of many consumer orientated products, many of them derived from agricultural production. This includes meats, processed meat products, dairy products, fruits, vegetables, nuts, oils, and beverages. Foreign exports fruits, vegetables, and other horticulture related products are expected to total approximately $33 billion for 2016, with total U.S. exports of meat, dairy, and other livestock products close behind at about $25.6 billion. Mexico also purchased approximately 2 million metric tons of dried distillers grains (DDG’s) from the U.S. in 2015-16, which is a key by-product of corn-based ethanol production in the U.S.

The export of Minnesota agriculture and agriculture products totaled approximately $7.3 billion in 2014, accounting for about one-third of the State’s total export dollars from all goods and services generated from sales to foreign countries. Minnesota ranked fourth in the U.S. in total agricultural exports in 2014, trailing only California, Illinois, and Iowa. Soybeans are the largest are the largest Minnesota ag export, with whole soybeans and soybean meal accounting for 32 percent of the total value of the State’s ag exports. The value of soybean exports followed by corn (13%), pork (11%), and animal feed (11%) in value for Minnesota ag export products. Lead by soybean purchases from Minnesota, China is the biggest purchaser of Minnesota’s agricultural products, purchasing 19 percent of the State’s ag products, followed closely by Canada (14%) and Mexico (13%).

Trade negotiations are very complex, and usually take years to develop. In many situations, it is not just economic issues that are difficult to negotiate with other nations, but also labor, environmental, and social issues that may vary among the negotiating countries. It is probably far too early to predict dire consequences to the U.S. from any renegotiation of trade deals under NAFTA or with China, or with any other country, and there are possibilities for new trade deals to be developed between the U.S. and other countries. However, the U.S. also needs to recognize that the agriculture industry, and ultimately farm operators and rural communities, have a lot to gain or lose, depending on the outcome of future U.S. trade relations and trade deals with our foreign partners.