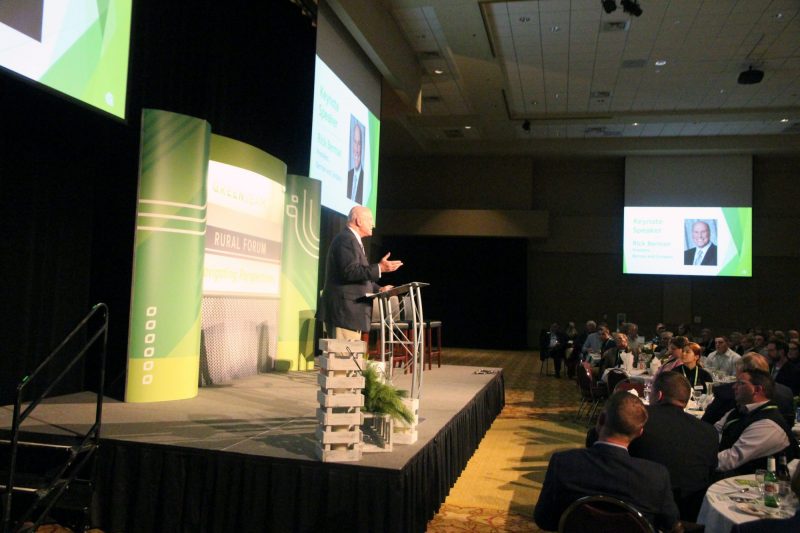 Join GreenSeam for the premier annual reception and dinner event connecting public leaders and a wide range of attendees from the agricultural sector, such as producers, manufacturers, educators, researches, and more. This event is a great opportunity for conversations about key issues facing the rural economy, as well as brainstorming potential solutions.

To support its vision is to shape the future of agriculture, businesses, and communities in the region, GreenSeam is excited to invite college students to participate in this event at no charge.

Place your business in front of leaders in the GreenSeam and other Rural Forum attendees! Your sponsorship will support GreenSeam’s mission to elevate our region as the world-class food and agribusiness epicenter and help make this event possible. Whether a presenting, table, student, or door prize sponsor, there is an option that fits the needs of businesses and organizations of all sizes. Choose your sponsorship level here. 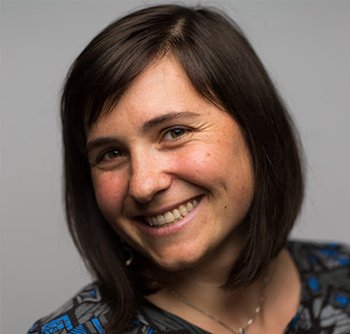 Heidi’s professional mission is to improve the reach and impact of climate science in order to engage, motivate, and catalyze action around climate change. Heidi combines climate science and science communication to connect climate change information to decision-makers and communities across the Midwest, U.S., and abroad. By producing actionable, relevant climate science, Heidi helps diverse stakeholders prepare for a changing climate. Heidi aspires to be a scientist who changes how the world engages in science, with scientists.

Heidi’s climate science career has led her around the world where she has participated in research in Greenland and Antarctica to the mountains of Vietnam and New Zealand. Heidi was the Lead Scientist for Science Communication at the University of Washington Climate Impacts Group and she worked as Physical Scientist at the United States Geological Survey’s Colorado Water Science Center. Heidi has used her science communication expertise to help organizations like NASA, the National Science Foundation, the Exploratorium, and the Washington State Department of Ecology more effectively communicate their work. In addition to her appointment at the University of Minnesota, she holds an Affiliate Assistant Professorship at the University of Washington School of Public Health and is an Adjunct Researcher at the Center for Science and Society at Victoria University of Wellington. She also serves as an editor for the journal Geoscience Communication. 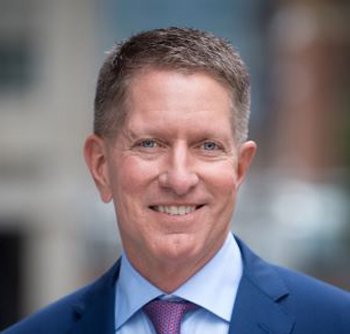 Bruce Rastetter is the founder and CEO of Summit Agricultural Group, a leading agribusiness and renewable energy firm with operations in North and South America. Rastetter’s hands-on experience in global agricultural and renewable energy sectors, matched with his strong focus on strategic business development, has been key to building successful companies and advising government leaders on policy matters.

Growing up on a 300-acre family farm near Alden, Iowa, Rastetter started his career with his own feed management business. He managed additional start-up companies that merged into Heartland Pork, a Midwestern pork production company acquired by Christensen Farms that has since become one of the largest pork producers in America. He also founded Hawkeye Renewables, which became one of the country’s largest pure-play corn-based ethanol producers, and FS Bioenergia, a Brazilian low-carbon biofuels and energy platform that owns the largest biofuels production plant in South America.

Today Summit Agricultural Group is an agriculture and renewable energy business with farmland holdings across in North and South America. The company supports capital investments with strategic private equity partnerships and manages agricultural assets, including extensive beef, pork, and grain production facilities. Rastetter is an active philanthropist and has served as an advisor and member of several boards, including the American Agriculture and Energy Council, AltEnergy, Cultivation Corridor, Iowa Premium Beef, FS Bioenergia, Iowa Renewable Fuels Association, Iowa State University’s College of Agriculture and Rural American Fund. He previously served as president of the Iowa Board of Regents, working on initiatives across the Regents system, which consists of more than 27,000 employees, 80,000 students and an annual budget of $5.6 billion. A graduate of the University of Iowa, Rastetter holds a bachelor’s degree in political science. 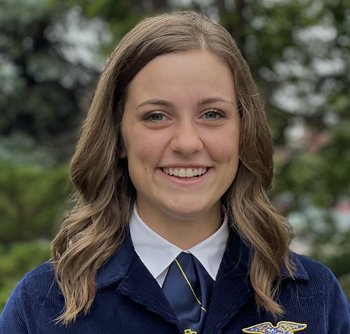 Nicole Koziolek is the Minnesota FFA State Secretary for 2021 – 2022 and a member of the Randolph FFA Chapter. As a State Officer, she works with her team to inspire, support, and engage over 12,000 FFA members in about 200 chapters throughout Minnesota. Nicole is a sophomore at the University of Minnesota – Twin Cities, majoring in Agricultural Communication and Marketing with an emphasis in crops and soils, and minoring in Product Design. Nicole’s goal is to gain experience through internships and ultimately work for an agricultural company in branding and marketing.

Nicole grew up in Northfield and her Supervised Agricultural Experience program is raising corn and soybeans on her family crop farm. 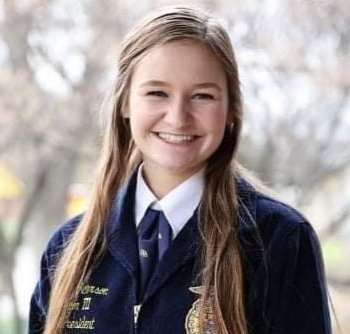 Baleigh Peterson is serving as the Minnesota FFA State Sentinel for 2021 – 2022, coming from the GFW Pioneer Express FFA Chapter. Baleigh is a freshman at the University of Minnesota – St. Paul and is majoring in Agricultural Communications and Marketing and minoring in Animal Science. After graduation, she hopes to become a communications manager for a livestock operation or agricultural company. Baleigh is pleased to be working with her team to engage members and progress agriculture forward.

Baleigh’s Supervised Agricultural Experiences are raising her beef cattle and working at a local dairy farm where she feeds calves. She is the daughter of Daryl and Marilee Peterson and was raised on a hobby farm with beef cattle and swine.

Check out our Rural Forum 2019 page to learn more about this event.