Tapping into a growing need in southern Minnesota

When Tyler Wenner opened Kato Manufacturing in 2018, he started at zero.

“I started Kato Manufacturing from scratch. I had a little bit of equipment, and this building was available. I talked to a few different customers, and they said they were busy and they’d shoot us work. So I bought five welders and a saw and rented this place,” Wenner said. “It was me and five other guys. We started building stuff and just kept growing from there. It’s turned into something substantially bigger than I thought it would be.”

In its contract manufacturing capacity, Kato Manufacturing serves a wide range of industries, including commercial construction, agriculture and mining. Its customers are located primarily in the Midwest, but it also ships throughout the U.S. and Canada.

“We do so many different things, but we do that on purpose. Now we’re in all these sectors,” Wenner said. “We’re not just shooting from the hip. They’re sectors that we think we can be good at. The theory is when one industry gets a little slow, hopefully another one will carry us through.”

“Say a contractor needs to put up a steel building and it’s got multiple levels. We’ll fabricate all the structural steel, the staircases, the railings, everything. Then we’ll go out and erect it, too. We do all the field welding,” Wenner said.

The ag sector makes up a substantial portion of Kato Manufacturing’s customer base, keeping it busy building food processing and grain handling equipment.

“Fifty percent of our work is directly related to ag,” Wenner said. “We do processing equipment for canning factories, popcorn plants, flour mills and pea protein plants. Each plant has different technology, but they are doing essentially the same thing: they’re bringing something raw in and processing it into something else. It’s got to get lifted, carried, pushed, shoved, canned, moved or boxed, and all that requires equipment. A lot of that equipment is customized to the plant, so it has to be custom fabricated. That’s where we come in.”

The company’s 15 employees are busy, logging about 34,000 man-hours per year. Located at 480 N. Industrial Road in Mankato, Kato Manufacturing currently occupies a 35,000-square-foot space, which it is rapidly outgrowing.

“We need to expand the building. We’re out of room and we have been for six months. Then we added a machine shop, too, and that’s just cramped. So we’re working on options right now,” Wenner said.

Wenner appears to have tapped into a need in the greater Mankato area. According to Wenner, contract manufacturing is an industry that is essential but sometimes flies under the radar.

“This industry is huge, but it’s a back door industry. Nobody talks about it. Nobody sees it. I’ve never heard anyone talk about how a soybean processing plant is built. It’s not a Facebook or Snapchat business. It’s kind of a dirty, dark industry and I love it,” Wenner said.

Kato Manufacturing also fills the need for a custom fabrication provider that can take a project from start to finish.

“We’re a full-service provider,” Wenner said. “We can go from working with someone that’s just got an idea on a napkin or wants to take us out in the field and say, ‘Hey, I need a stair right here.’ We’ll work with them to get the dimensions we need and get a drawing put together to make sure we’re all on the same page. Then we’ll build it from the raw materials, send it out for finishing and go install it. When we’re done, we’ll service it. Not a lot of companies do what we do.”

Working, building and creating have been a part of Wenner’s life from a young age.

“My uncle owned a John Deere dealership, and I grew up working there since I was, like, 12. We were always building stuff — duck boats, fish houses.”

Entrepreneurship is another thing that seems to come naturally to Wenner. He was still in high school when he started his first business venture.

“I was always doing deals,” Wenner said. “I used to flip lawnmowers. I’d buy trailer loads of lawnmowers from John Deere dealerships in the fall when it doesn’t pay for them to sit in inventory. So I’d haul them home, wash them up and sit on them until spring. Then I’d sell them and made a profit. I didn’t spend it. I either bought tools that I could use to make the next step quicker or I just squirreled it away.”

A sharp eye for opportunities and the willingness to hustle soon led Wenner to bigger projects. He was 19 when he co-founded his first company, Ag Storm, with his cousin Ben Wenner. It opened in 2012 and was based in St. Peter. Its first product was a rock picking product the pair designed.

“We started it when we were in college. We perfected that first rock picker for Ag Storm and it just grew from there. We’d develop equipment for crop production, patent it and sell it. We built all that ourselves. It was a two-man band and it worked.” Wenner said.

If Wenner makes it sound easy, he’ll be the first to tell you it wasn’t.

“It sounds heroic, but it wasn’t. I mean, it wasn’t like we had some master plan. We didn’t have a clue. We were afraid. But the fear of not trying became greater than the fear of failing,” Wenner said.

Ag Storm was only one of several irons Wenner had in the fire at that time. He was also farming and investing in real estate. Despite his many projects, he found it just wasn’t enough to scratch his entrepreneurial itch. In 2017, he decided to set Ag Storm aside and try something new.

“We wanted to go down two different paths,” Wenner said. “I wanted to take a different route than Ben did. So, I sold my half of the company to him.”

Ready for his next business adventure, Wenner opened Kato Manufacturing in 2018. He said he’s in it for the long haul, enjoying growing the company and the challenges it provides. 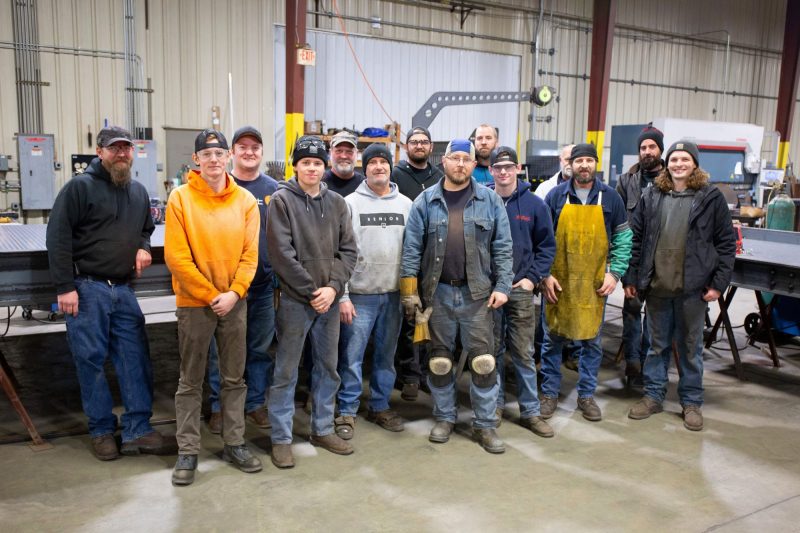 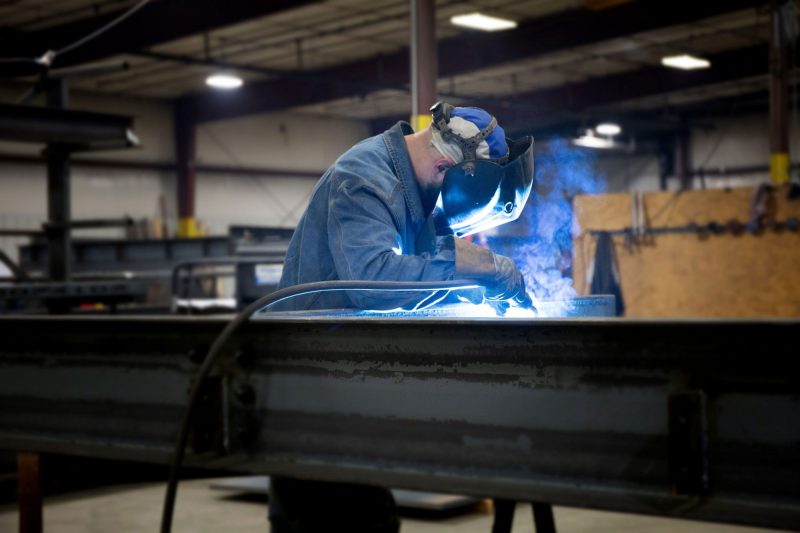 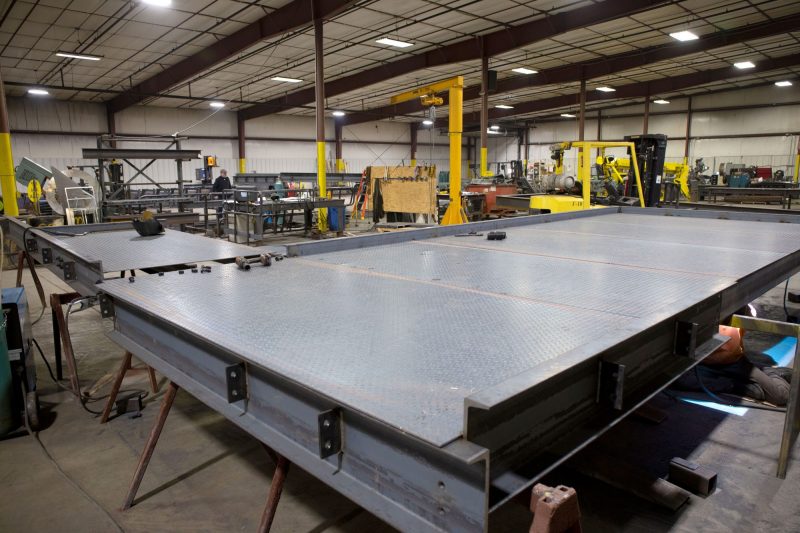 Message for Next Gen Entrepreneurs

Wenner wishes more young people would rise to the challenge and live out their own dreams.

“When you’re young, throw the darts at the wall. See what happens. Shake it up,” Wenner said. “If you got a dream, it ain’t going to chase you back. You need to go out and do it. Even if you fumble, who cares? When I was a kid, I remember thinking, ‘Jesus, if we lose $500 we’re damn near done. That’s the end of life.’ Now I know it’s just a game. In the U.S., you get unlimited tries. You can go bankrupt. You can try again. There’s no limit. Some of the people that are multibillionaires were bankrupt when they were 30. You got to go for it. You got to try. There are so many people that have lost their dreams. They just live with regret and then they die. What an awful way to live.”

The road is not easy. But according to Wenner, it’s worthwhile.

“People paint this picture of being a business owner as this glorious, easy thing where you get to make all this money,” Wenner said. “Real business is when you’re driving down a 200-mile road and in every corner there’s a speed bump and every one of them looks like a catastrophe. You’ve just got figure it out.”

GreenSeam Volunteer of the Year
Scroll to top